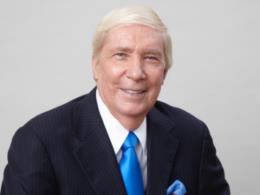 Jesus at Work Among the Unreached - Part 4 Wednesday, January 15, 2020
Tweet
One of the greatest revivals in history is taking place today—in some of the hardest places to present the gospel. Across the Middle East and other places where sharing Jesus is restricted, God is revealing Himself to people in unique and powerful ways, including dreams and visions. Join Dr. Ankerberg as he discusses this topic with Tom and JoAnn Doyle, missionaries and leaders of Uncharted Ministries. They have documented numerous accounts of Muslims who have experienced dreams or visions of Jesus appearing to them and have later become Christians. You’ll hear riveting accounts of revival taking place in Syria, Iran, the Sudan, refugee camps across various nations, as well as new accounts of their work with people fleeing North Korea. Many of these accounts have never been heard in America. You’ll be amazed at these life-changing testimonies as you join us for our four-program series “Jesus at Work Among the Unreached.” 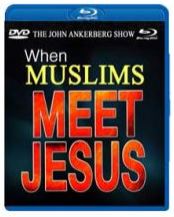 Join Dr. Ankerberg as he interviews three tops experts to discover what happens “When Muslims Meet Jesus.” In this series you will hear about Kamal Saleem’s miraculous conversion from radical Islam to Christianity. Bestselling author Tom Doyle shares the many documented accounts of Muslims who have come to faith in Jesus through dreams and visions. Retired three-star General William Boykin also explains the dangers of radical Islam in the U.S. and why Islam’s teachings are incompatible with biblical Christianity.