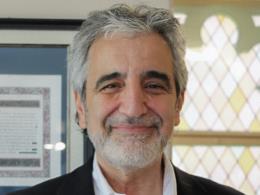 The Book of James, Part 31 & 32 Thursday, April 29, 2021
Tweet
We are now are starting a powerful and very colorful book of the Scriptures, the letter of Jacob, or James (Yaakov in Hebrew). It opens us up to the world of the first century, through a man of God endowed with a great love and seasoned with such godly wisdom, especailly for those living through trials. Jewish believers outside the land of Israel (in the Diaspora) were particularly hard pressed because of persecution from the Jewish leadership and from the Gentiles as well. In all these diverse trials, James/Yaakov focuses on an age-old problem; the heart of man. The message is clear; if one first takes care of his relationship with God, the rest will be so much easier to deal with. Persecution, poverty and abuses will have less effect on the person who has God as his friend. Someone once noted that it took only one day to fashion man in God’s image, yet since the Fall, God has been working continuously to restore us.  Spiritual growth takes time and James/Yaakov supplies us with some powerful recipes for such a needed growth.  Welcome to Messianic Viewpoint and to our series on the letter of James with Messianic leader, Jacques Isaac Gabizon. Be blessed as you listen in and shalom. 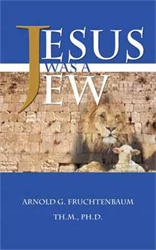 FREE e-Book: Jesus Was a Jew

Who was Jesus of Nazareth? Controversy over the answer still rages today. Was Jesus simply a good teacher? Was he a well-meaning but confused religious reformer? Was he a disciple of another teacher? Regardless of your opinion, one overlooked fact is key: Jesus was a Jew. Looking for answers as to the real identity of Jesus, Arnold Fruchtenbaum, author of Jesus Was A Jew, embarked on his own personal search. He documents the opinions of many Jewish leaders. He deals with the Messianic hope. He also examines Jewish objections to Jesus honestly and with insight. Jesus Was A Jew contains interviews with almost 40 Jews — rabbis, homemakers, actors, hairdressers, and others from all walks of life — concerning what they believe about Jesus