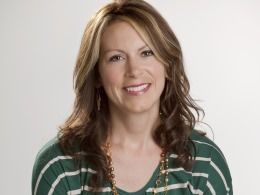 The Creators of “The Chosen” (Part 1): Episode 687 Thursday, April 1, 2021
Tweet
Reasons to end a dating relationship, plus Dallas and Jerry Jenkins on dramatizing the life of Christ, and how to recognize a manipulator. Featured musical artist: Jeremy RosadoRoundtable: Dating Deal-BreakersLet’s be honest: None of us have it all together. Especially when dating, it’s easy for quirks and flaws to create tension between us and our significant other. But what about when an issue or sin is serious or persistent? Could it become a relationship deal-breaker? The fact is, some things are a big red flag that scream caution or even stop. Our guests share how to spot a deal-breaker in a dating relationship, and offer wisdom for how to address a serious situation when it crops up.   Culture: Behind the Scenes of “The Chosen” — Part 1Many filmmakers have tried to tell the story of Jesus Christ and His disciples. Some have done a good job; others, not so much. The series making headlines today is called “The Chosen,” with season one surpassing 57 million views as of last fall, and season two set to release any day now. Lisa went to the show’s set in Texas and visited with series creator Dallas Jenkins to get the stories behind the production as well as a sneak peek of what’s to come. She also talked to Dallas’ dad, Jerry (mega-author of the Left Behind books), about the brand-new novel based on season one. Don’t miss this exclusive interview! (part one of two)      Inbox: Spotting a ManipulatorYou meet someone who seems nice, but as you get to know them, something doesn’t feel right. They always seem to have a hidden agenda and often succeed in making you feel bad or “not enough.” Surprise! You may have found a classic manipulator. So what do you do? Counselor Patrick Hill weighs in.

Featured Offer from The Boundless Show 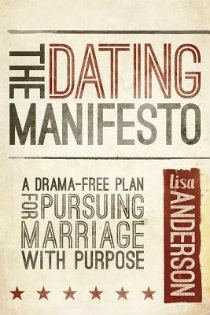 Finally, a no-holds-barred word on dating, preparing for marriage and maximizing singleness from someone who's actually living it. Your attitudes about marriage and the path to marriage are wrong. Some you've inherited, some you've simply bought hook, line, and sinker and some you've made up yourself. They have translated into bad action (or no action) in dating and relationships. But it's not too late; you can break the cycle of dating dysfunction and learn to honor marriage, marry well, and live intentionally while you wait. Lisa Anderson proves it's possible. "The Dating Manifesto" is neither a cheesy formula for finding a spouse nor a feel-good book about how the person for you is out there if you only believe. Instead, it's a challenge to wise up, own your junk, and chart a bold new course for your relationship future.