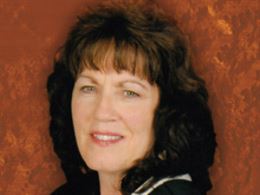 The Last Blast, Part 2 Friday, March 5, 2021
Tweet
In his letters to the Corinthians and Thessalonians, Paul described the rapture of the church taking place at the sound of "the last trump," when the dead in Christ shall rise first, and the living Christ shall be caught up together with them in the air to meet the Lord. In Hebrew, it is called "a shofar," which is made from a ram's horn. The shofar blasts had four different sounds that signified different actions, but the final blast was loud and long. This is what they heard when God spoke on Mount Sinai in the wilderness. John wrote in Revelation that God's voice is the sound of the shofar. Some rabbis claim Satan hates the sound of the shofar, because he cannot tell the difference between the sound of the shofar and God's voice! When he hears it, he trembles. Very soon. God is going to sound the last blast, and we will be out of here!