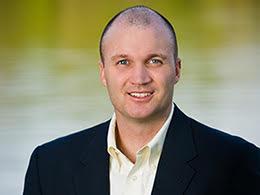 Is the Covid “Vaccine” Causing Sudden Deaths? Saturday, January 21, 2023
Tweet
GUEST: PETER McCULLOUGH, MD MPH, cardiologist and author, The Courage to Face COVID-19 In early 2020, news reports began to emerge of a new virus from China spreading across the globe called COVID-19. Carried across the ocean via airline passengers, Americans began to catch the respiratory virus with a small percentage even dying of complications. Fear and panic spread even faster than the virus. Would this be the next black plague, which killed 30% to 60% of all Europeans?Medical authorities like the CDC, NIH, and WHO recommended a near-shutdown of society and federal, state, and local governments implemented mandatory masking, physical distancing, closures of businesses, schools, and churches, strictures on travel, and much more. At first we were told to stay put for “15 days to stop the spread”…which turned into more than two years of unprecedented restrictions.2020 just happened (wink, wink) to be a presidential election year. President Donald Trump had led the country to energy independence and a robust economy and looked the heavy favorite to win a second term. But the hysteria created over COVID-19 narrowed the focus of the country to only one issue—“save me from COVID” despite the fact that a small percentage of people who contracted COVID actually died from it.Voting regulations were slackened to allow people to vote early and by mail so there wouldn’t be crowding of the polls on election day. Career politician Joe Biden, who hardly campaigned due to fear of COVID, unbelievably (in the literal sense of the word) garnered 81 million votes, the most of any president in history.In late 2020, an experimental-use COVID vaccine was quickly rolled out. This was a new kind of vaccine, not manufactured from a dead virus as usual, but with an mRNA genetic substance that had never been used on the general public. No worries though—videos and photos of public officials and celebrities rolling up their sleeve to receive the shot were meant to assure the public that “the science” had saved us again.The marketing campaign for all Americans to get the shot was relentless. Everyone, and I mean everyone, even those who were not in “susceptible demographics” (old or underlying health problems) were told that getting the vaccine would keep you from getting or transmitting the virus (a lie). Professing Christians like NIH director Francis Collins and Ed Stetzer shamed and guilted Christians that getting the vaccine was about “loving your neighbor”. In the end, 80% of Americans received at least one dose of the vaccine.More could be said, much more actually, but here we are now in early 2023, two years after the release of the vaccine, and chilling reports and videos are surfacing daily of the vaccinated falling over and dying suddenly, typically from cardiac arrest. Suppressed by the media and dismissed by authorities as “disinformation”, the occurrences are indisputable that something has gone terribly wrong.Peter McCullough, MD MPH is our guest today on The Christian Worldview to discuss if the COVID vaccine is causing sudden and excessive deaths. He is a highly respected cardiologist who developed an early treatment protocol for COVID that has saved tens of thousands of lives (including my own parents). For that, and now his stand against the vaccine, Dr. McCullough has been vilified and ostracized by the mainstream medical community.-----------------Related Resources:The Courage to Face COVID by John Leake and Peter McCullough, MD MPH

Featured Offer from The Christian Worldview 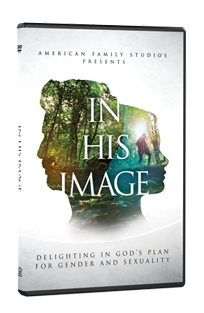 In His Image is a critical and urgent message designed to equip the church to answer culturally controversial questions about gender and sexuality from a biblical perspective. Every church in America is filled with hurting people asking these tough questions: Can you be gay and be a Christian? What if someone genuinely feels trapped in the wrong body? Did God make me this way? Is change even possible?In His Image presents much-needed truth with compassion and clarity through powerful personal testimonies, careful Bible teaching, and scientific evidence.